HomeDevelopmentTop 10 Java Development Errors and How to Avoid Them 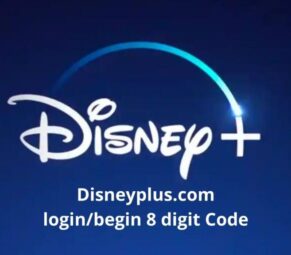 How to Enter Disneyplus.com Login/Begin With an Eight-Digit Code?

How To Find the Right Android App Developer For Your Startup App Idea? 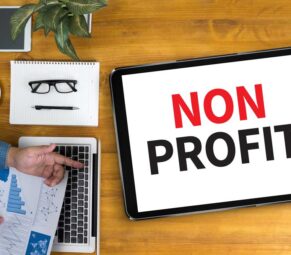 A Look at the Most Common Java Development Errors and How to Avoid Them.

A programming language called Java was originally created for interactive television, but it has now expanded to almost every area in which software can be used. Because it was developed with the concept of object-oriented programming in mind, and because it eliminated the complexity of previous programming languages such as C or C++, as well as garbage collection and an architecturally agnostic virtual machine, Java revolutionized the way people program. Furthermore, it has a gradual learning curve and seems to be effective in adhering to its own mission statement.

1. Ignoring the existence of existing libraries

It is unquestionably a mistake for Java developers to overlook the countless number of libraries that have been developed in Java. Before starting from scratch, look for existing libraries to utilise. Many of them have been refined through the years of their existence and are completely free to use.

2. Memory Leaks are a source of contention

Automatic memory management is one of the most useful things that Java has to offer. However, although this memory management function is beneficial, it may also cause difficulties for novice developers when it comes to determining how much memory is being utilized by their program.

Java memory leaks are frequent and may manifest themselves in a number of ways. Memory leaks caused by eternal object references are amongst the most frequent sources of these problems. If you still have references to objects in your code, the garbage collector integrated into Java will not be able to remove them from the memory pool. In the event that all of your static fields are categorized as GC roots, they will continue to exist even if you attempt to remove them from the system.

When it comes to Java programming, some newbies to the worlds of software and app development attempt to reinvent the wheel, which is a bad idea. Before you spend a significant amount of time creating long lines of code, you should investigate some of the Java libraries that are readily accessible online.

These libraries are updated on a regular basis, ensuring that the code included inside them is error-free and simple to use. The importance of these Java libraries is recognized by experienced programmers, who employ them to make their jobs more convenient.

If your software generates a large number of short-lived objects, you will almost certainly run into problems with excessive trash allocation in the process. The garbage collector is intended to operate constantly in the background, removing any unnecessary items from the memory of your application. Having an excessive quantity of trash allocation can cause your Java application development services to run slowly and make it difficult to maintain.

A great deal of trial and error will be required in order to become a top-notch Java programmer. By paying attention to the frequent Java mistakes listed in this article, you may prevent having issues with the applications and software programmes that you create.

5. Errors in the compiler

When the Java software code is run through the compiler, it generates compiler error messages, which are shown on the screen. It is essential to note that a compiler may generate a large number of error messages for a single mistake. As a result, correct the first mistake and recompile. That has the potential to address a wide range of issues.

When more information is given to a variable than the variable can store, this is referred to as a “possible loss of accuracy.” If this occurs, the parts will be thrown away in their entirety. If this is acceptable, then the code must explicitly define the variable as a new type in the body of the programme.

7. Only theoretical knowledge is being acquired

With each new subject, the sooner you begin experimenting with the code, the more quickly you will pick up on the ideas. It doesn’t matter if you’ve gone through a full chapter of reading and a subject like loops seems to be straightforward so straightforward that even a monkey could understand it you still scratch your brain the first time you try to put the code together.

As you go through the information, make a project out of it. Often, a personal project serves as the ideal beginning point.

Unauthorized action done by the user that results in the program’s abnormal functioning is referred to as an error. Programming mistakes often go unnoticed until the software is compiled or run for the first time. Some of the faults prevent the application from being built or run. Others are harmless. As a result, errors should be fixed before the program is compiled and executed.Java Development

As a result, you should ensure that you and your colleagues discuss the Java error handling best practices and standards that you want to use so that everyone knows the basic ideas and applies them in the same manner.

How do you avoid errors in Java?

What is the most common error in Java?

What are common Java errors?

What are some of the most common challenges faced by Java developers?

Begin typing your search above and press return to search.

How to Enter Disneyplus.com Login/Begin With an Eight-Digit Code?

How To Find the Right Android App Developer For Your Startup App Idea?